I wrote this for the Trifextra Week 39 Writing Challenge where we are required to write a 33 word composition about a zombie who was discovered in Haiti in 1937.

For the past month, Alexa had  a hard time falling asleep.  She would lay in bed every night and listen to the sounds: the sirens, the howling dogs and the chorus of crickets, which endlessly chirpped a simulataneous shrill chord; sounding like a plea for help. The sleepless nights wore her down.

Alexa was not superstitious, and she was not a particularly fearful person. She never had the first thought that anything sinister would ever happen. Maybe her sleeplessness was the ADD that they didn't diagnose until her senior year, or maybe, it was the stress of having two angry parents. To make matters worse, she was shy and had no real friends.

Not that she expected otherwise, but when it was clear that no one was going to ask her to the prom, she felt empty and alone. That night, she was especially restless, but oddly, there were no sounds.  She was almost waiting for them; for the familiar comfort they would bring, but they never came.

As she finally drifted off, she heard the sound of her bedroom door closing.  She thought, "Did I leave the door open? Did mom just close it?" But, no, Alexa thought, "It's the middle of the night and mom would have been in bed hours ago."

As she looked up, she saw the unmistakable silhouette of a large man, leaning over her. The looming figure did not utter a word.  The weight on her was opressive. For several moments, she could not breathe.

She awoke to the sound of chirping birds and the sun shining though the crack in the drapes that never quite closed all the way.

I wrote this for Trifecta Week 48 Writing Challenge, where we are required to write a 33-333 word composition using the word "sinister" in the context of something evil.

The Hard Truth About Wishes


Sometimes, when wishes come true,
we don’t accept the challenges
that go with our good fortune

Love must be nurtured to survive
Happiness is hard to recognize
Wealth breeds envy, but fuck ‘em
_________

I wrote this for Trifextra Week 38 where we are required to write a 33 word composition about the high cost of some wishes when they come true.

On the count of three...you have seven minutes to tell us why you deserve to rule the Universe by solving our final problem: pythons, which, due to the extinction of their predators, have been suffocating our children.
___________

I wrote this for the Trifexra Week 37 Writing Challenge, where we were required to write a 33 word composition which builds on the phrase, "on the count of three".
___________

Ironically, elements of this story are true.


After splitting with his wife of 30 years, Mike became seriously involved with Michele, a woman whom he had known professionally, over the previous 20 years. He thought they were in a permanent relationship, but she called a “break”. He had no idea what that meant, but after several months without hearing from her, he realized that their relationship was probably over.

He signed up for one of those conferences where you go to keep up your professional certifications and attended the evening cocktail reception.  The usual crowd was there, but he noticed a woman whom he had never seen before. He was taken with her dark hair and large, green eyes.

She was talking to Vince Fernandez, a County planner. He said hello to the both of them and, Vince, realizing that Mike was looking for an introduction said, “I can’t believe you two don’t know each other.  Marcia, this is Mike.  Mike, this is Marcia.”  After all the hellos were exchanged, Vince excused himself.

Mike wasn’t great with cocktail party talk, but he knew enough to start by asking a question.  Noticing that Marcia had a slight Hispanic accent, he asked her where where she was from.  She said that she was from Zacatecas, a city in central Mexico.  Not having a clue how big Mexico was, Mike offered a non sequitur: "I've heard the beaches in Mexico are beautiful."  She agreed, but pointed out that her home town is, "...about a seven hour drive from both the Gulf of Mexico and the Pacific."

They talked for quite a while, mostly about Mexico.  Marcia told Mike about the beautiful colonial cities and the Mayan and Aztec ruins. After exchanging business cards, they said good night. Even though Mike had not gotten over Michele, he kept thinking about Marcia. He called her a couple of days later and asked her to lunch. In his mind, this was nothing more than making a new friend, or so he thought.

They made plans to meet at a well known Spanish restaurant, a hang out for politicos.  He and Marcia were about to be seated, when he saw the Mayor, Dick Garcia, who was holding court at his usual table. Mike had been Dick’s attorney for years and they were close friends. And because of their age difference, Dick was also like a father to Mike.

Mike, thinking he would impress Marcia, said, “Let’s go say hi to the Mayor” and the two walked over to the Mayor’s table.  Mike started to introduce Marcia to Dick, but Dick was already giving her a big hug and a kiss.  They already knew each other, since Marcia had worked at the City.

Mike and Marcia talked a little about their work during lunch and he discovered that they had crossed paths before.  Marcia had attended a seminar which Mike gave on new state land development regulations and she told Mike that she was very impressed with his presentation.

Mike also connected the dots and realized that he had read a newspaper article about Marcia. She was a well known urban planner in Mexico and the article was about her education and career in Mexico and her position in the County Planning Department.

Mike enjoyed hearing the story about how she came to live in the United States.  But, more than that, he realized that he loved Marcia’s enthusiasm and upbeat way of talking.  As they talked, Mike felt that there was a real connection between them.

Marcia, probably sensing this and not wanting to mislead Mike, showed him her wedding ring.  Mike thought, "Am I an idiot?  I know better than to miss the ring."  Mike was surprised, but he reminded himself that when he called Marcia, he was thinking of her as a new "friend".

After this revelation, their conversation suddenly turned to personal matters. Marcia asked Mike if he was in a relationship and Mike talked a little about his situation with Michele. And without Mike asking, Marcia started to talk about her problems with her husband.  Since they had only met, Mike was puzzled that they were having such an intimate conversation, but it was clear that Marcia was interested in telling Mike about these things.

After lunch, as they walked through the restaurant, they stopped to say goodbye to the Mayor. Dick was his usual self, giving Mike a hug and Marcia another hug and kiss. As they left, Mike looked back at Dick to wave goodbye and Dick, assuming Mike’s lunch date was more than just business, gave him a big "thumbs up". Mike cringed, hoping that Marcia didn’t see that.

As he and Marcia walked out of the restaurant, Mike knew that there was a big attraction between them, but, between his lingering feelings for Michele and the fact that Marcia was married, he knew that he would not call her again.

Later that afternoon, Dick called Mike and was raving about Marcia.  In his usual old school manner, Dick said, “Marcia is gorgeous; you’ve got a winner with her.  Mike, you have no idea, but Latinas are the best.  If they love you, you are their ‘king’. And I remember her from the City; she’s a smart, terrific person.”

Mike protested, “Dick, I hear what you’re saying, but she’s married.  I had no idea when I asked her to go out to lunch. Besides, I still have feelings for Michele. In fact, the whole situation was weird; Marcia was telling me about all her problems with her husband.  Why would she do that?”

Dick, being a lot more experienced than Mike with women, became a little exasperated, “Mike, she wasn’t telling you that stuff to get your advice; she was sending you a message.”  Mike thought about what Dick said and responded, “Yeah, you may be right, but I’m not chasing after a married woman.” Dick said, “You just wait, I know I’m right.”

I originally wrote this for Yeah Write Challenge Grid #78, however, it was rejected.  According to the Yeah Write editor, the post "reads like fiction." For the record, this is a true story.

The air in the room was thick and damp. It enveloped her like a pall.
At first, Sarah was listless and then she could not move.

Her fear was palpable. No one could understand it. She was so beautiful.
And so full of life.

The doctor puzzled; the priest prayed the rosary; and the shaman quaked.

The anticipation was overwhelming.
And finally, they all understood they were powerless.
The future was inevitable.

A shadowy figure appeared in the room.
With a black cloak and scythe.

He handed them to Sarah and said, “I'm sorry I took so long to make your costume. But it had to be perfect!  Tonight, you will personify Death when you go out trick or treating.”

And Sarah’s friends, dressed as a doctor, a priest and a shaman were so relieved, now that they knew that she would be able to join them.
____________

I wrote this for Trifecta Week 46 Writing Challenge where are to write a 33-333 word composition using the word death in the context of a destroyer of life. 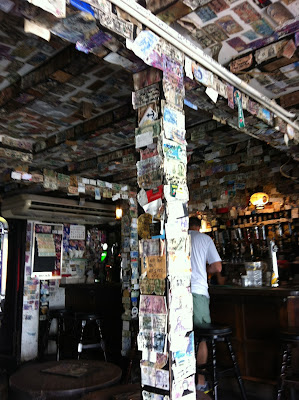 Cluttered mind in turmoil
Scattered thoughts and fears
And regrets over love,
Lost and gained
And, like a room,
Full, with relics and memories
It must give way
To love, compassion and peace
__________

I wrote this for the Trifextra Week 36 Writing Challenge where we were required to write a composition using a metaphor or simile inspired by one of several photographs.